The Pillars of Sliver Knowles

I went to a little beach called Silver Knowles, and I immediately noticed an island not too far off from the shore, and a kind of  stone bridge looking structure that led to it, but the bridge looked broken down and falling apart. On the island, I saw a fort looking structure, so I decided I wanted to go out on the island. I began walking down the shore, hoping I could cross the bridge looking thing. As I was walking, I saw several really nice and peaceful places I could stop, sit and have a nice quiet time if I couldn’t get to the island, but I kept trekking along. It was a long ways away, but as I got closer, about 2/3 of the way there, I saw that what I thought was a bridge really wasn’t. They were these huge pillars, and  they weren’t connected. Really impressive, but a disappointment, since I couldn’t see any other way to get to the island. I figured, well, I’ll just get as close as I can and sit on the piece of land jutting out by that not-bridge.

I headed in that direction, more and more disappointed that I couldn’t get to the island. When I got to that little piece of land, I was very surprised to see that next to the huge pillars was a very low walkway, so low that you couldn’t see it from far away, even so low that when the tide comes in, it would cover it.

The walkway by the pillars

As I made my way across the walkway, I thought about how like our lives it is. We have a vision or dream or goal in mind, and as we work towards it, the path that we thought we were going to take ends up being blocked, going the wrong direction, fallen apart, whatever. We have a choice then to go as far as we can go, or turning back, or turning aside to other things that seem doable or not as impossible. But, if we keep on going as far as we know how, a way tends to open up that we never saw before, and would never have seen if we didn’t keep pushing forward.

I know that I can see life lessons in the smallest and silliest things, but that one hit me like a brick. As I sat on the island (it was like a little Eden), I thought about how the walkway was longer than it looked, and really slippery in places. It changed height and material about halfway out, and it was a little unnerving to feel like I was walking out in the middle of the ocean (which, on the way back, nearly happened – I nearly had to run to beat the tide!). But it was totally worth it. The island was amazing, and I learned a great lesson that I don’t think I’ll forget anytime soon… 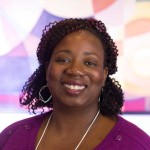 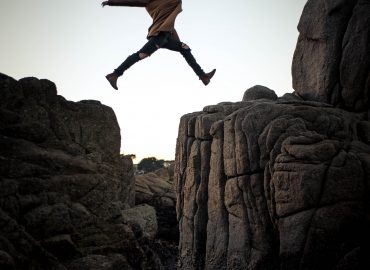 Taking on the Fear Barrier 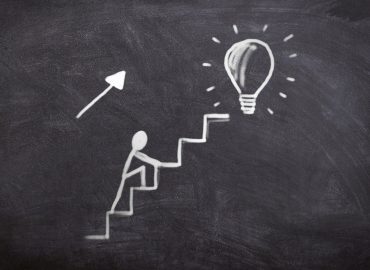 Are You a Jack of All Trades?